Bobby Fischer and His Visits to Cuba 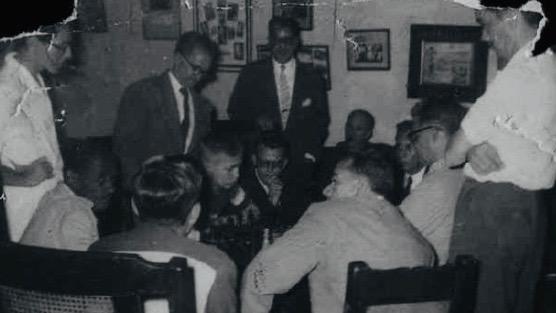 Miguel Ángel Sánchez and Jesús Suárez are two veteran chroniclers of Cuban chess. They were members of the editorial team for Jaque Mate magazine, and served as judges and referees at important tournaments held in Cuba. They were also well-known players on the island.

Now they have teamed up to share their knowledge, experiences and memories in a book of great historical value.
Bobby Fischer in Cuba recounts the American chess genius’s physical and virtual visits to the largest island in the Caribbean, from the first and most unknown, in 1956, when Fischer was just 12 years old, to the last in 1966, for the Chess Olympiad in Havana.

The book delves into the details of those historical trips, in addition to revealing two other trips Fischer intended to take to Cuba, but never did. Episodes of this type, many of them unknown, or only to a few, are related in the book's three chapters.
The book promises to stand as one providing detailed information on the historical relationships between the former world chess champion and the land of Cuban chess legend José Raúl Capablanca.

Grand Master Leinier Dominguez, the most prominent Cuban chess player after Capablanca, wrote in his introduction that: "Personally, it has been an immense pleasure to read this new work that masterfully combines episodes and data never seen before on the life of the American genius with an equally detailed and captivating description of a stage of Cuban chess that is relatively little known (at least to me): the mid-twentieth century. I was particularly pleased by this last element, because the approach to an era that I had only heard about vaguely becomes a reality in this book, together with the story of one of my favorite chess heroes."

The most important chess journalist in the United States, Grandmaster Andy Soltis, wrote: "The 1965 Havana tournament was a sensation. But it left many questions that this book answers. It also sheds light on some dark sides of Fischer's life. Among them is his participation in the Log Cabin Chess Club, and his play in a match prior to Castro's Cuba. I certainly could not imagine, before reading this book, a 12-year-old Fischer playing baseball with kids from Havana's streets during that 1956 visit."

The book, divided into three chapters, also contains all the matches Fischer played in Cuba, including a very important one, marking his first victory ever over a chess master.

Another historical fact of great importance was his defeat to another Cuban player at a formal match held in Tampa, after returning from Havana to the United States on the same trip as the Log Cabin Chess Club. That was Fischer's only defeat against a Cuban, and it was in a formal match, not an exhibition, on that 1956 tour.

The work contains extensive photographic documentation of Fischer's relations with Cuba, and complete coverage of the letters and telegrams sent to the Cuban government, which almost thwarted his participation in the Capablanca tournament of 1965; he ended up playing remotely, from the Marshall Chess Club in New York, due to the State Department's refusal to let him travel to Havana.

Bobby Fischer en Cuba, title in Spanish (Fischer in Cuba in English) is on sale at Amazon.com. The English edition will soon be out, also sold on Amazon.com; and one in Portuguese, published by the Solis publishing house in Brazil, which will also create a special edition in Spanish to cover those markets where Amazon does not deliver.